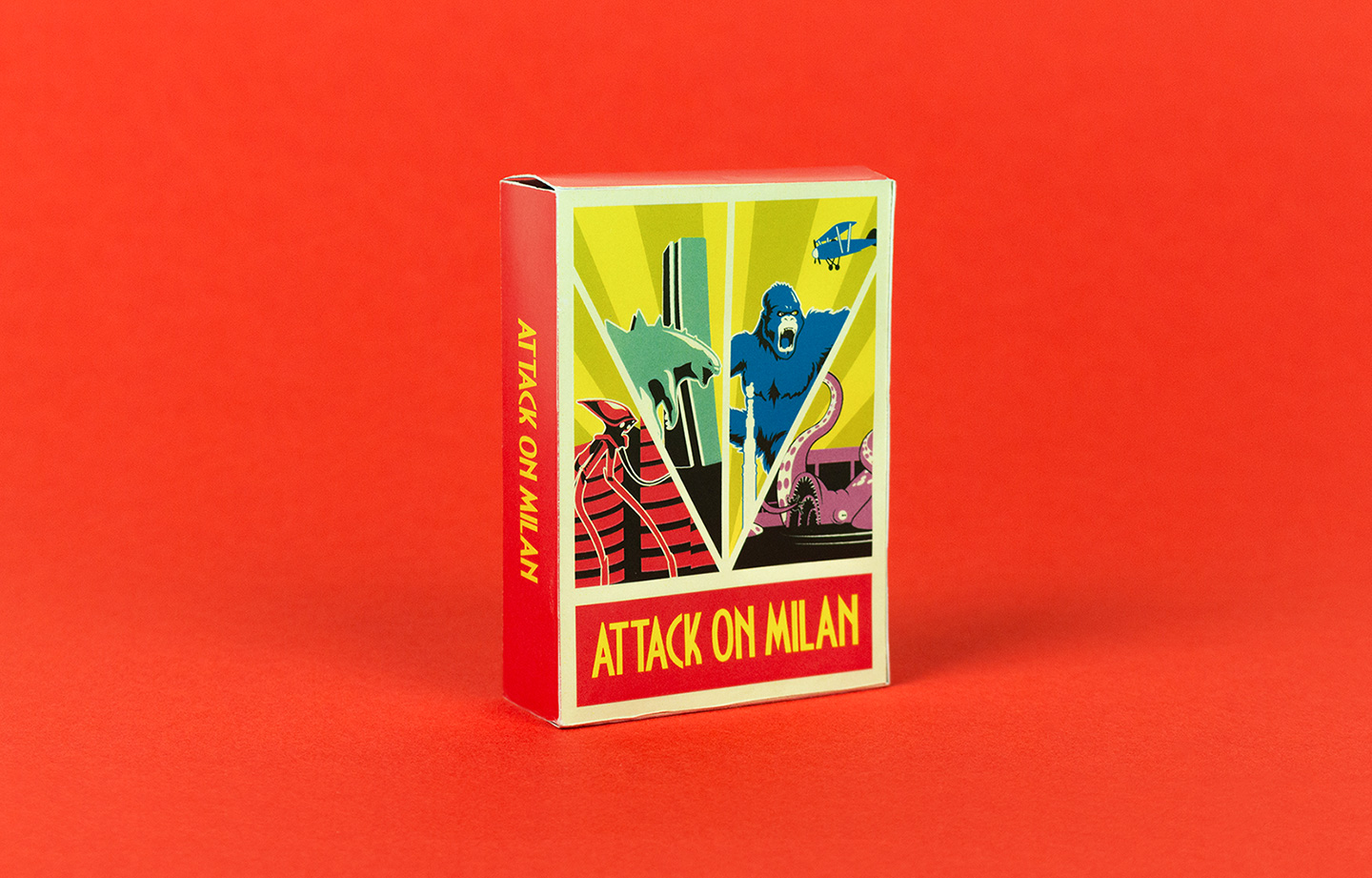 Creating a set of 54 playing cards inspired by the city of Milan.

Each suit depicts a famous area in Milan being attacked by a giant creature (Godzilla, the Tripods from War of the Worlds, King Kong and the Kraken). The level of destruction of the city increases with the card number, while the monster appears only in the highest three cards (in place of the classic “court cards”). The design is inspired by the monster movies posters from the 50s. 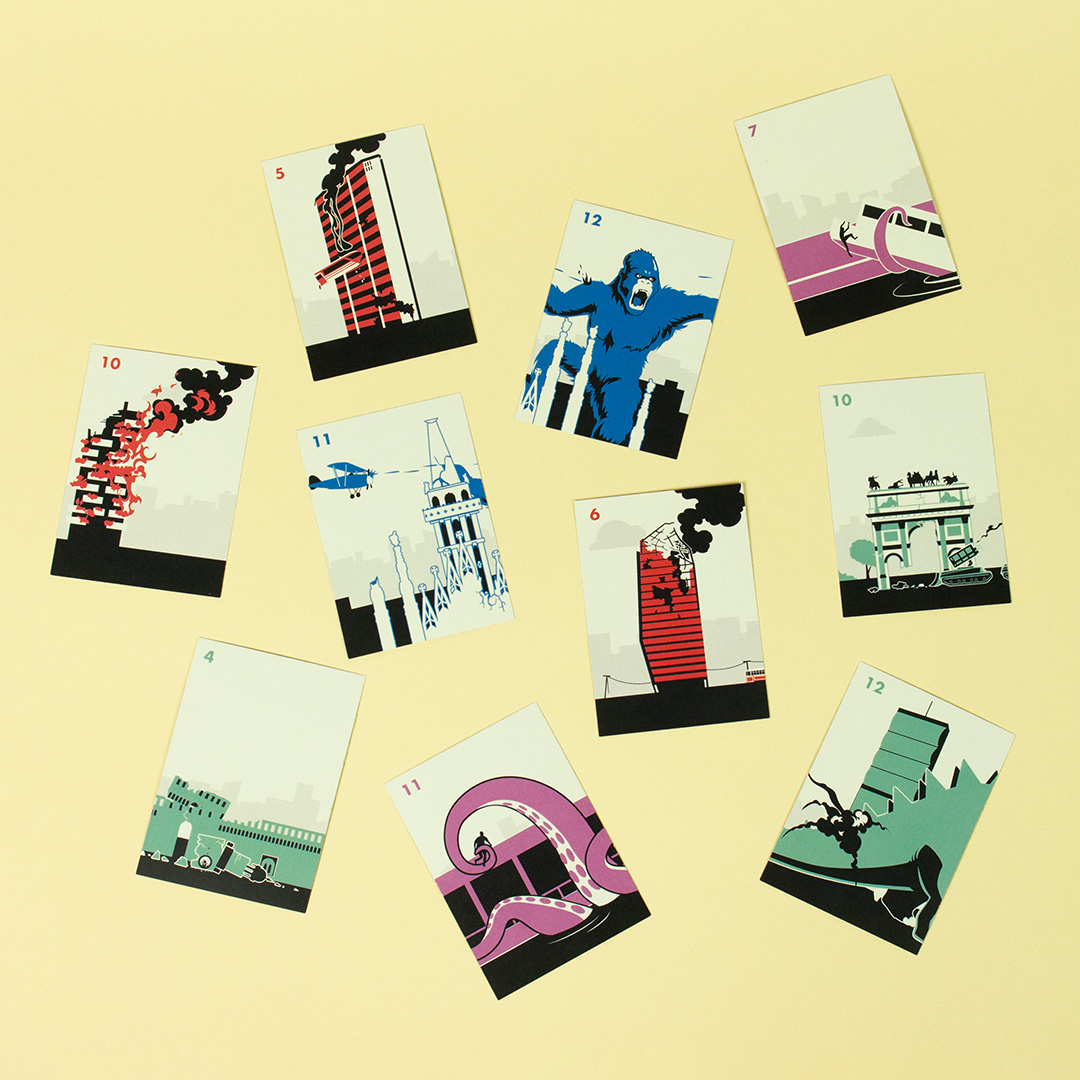 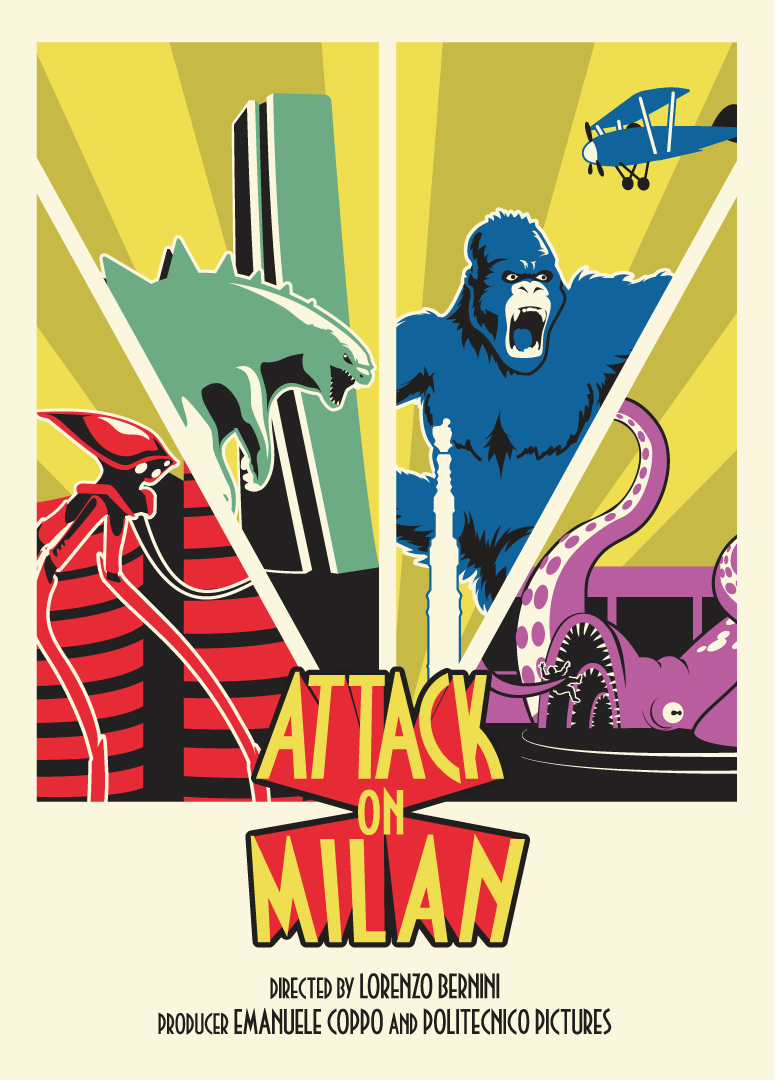 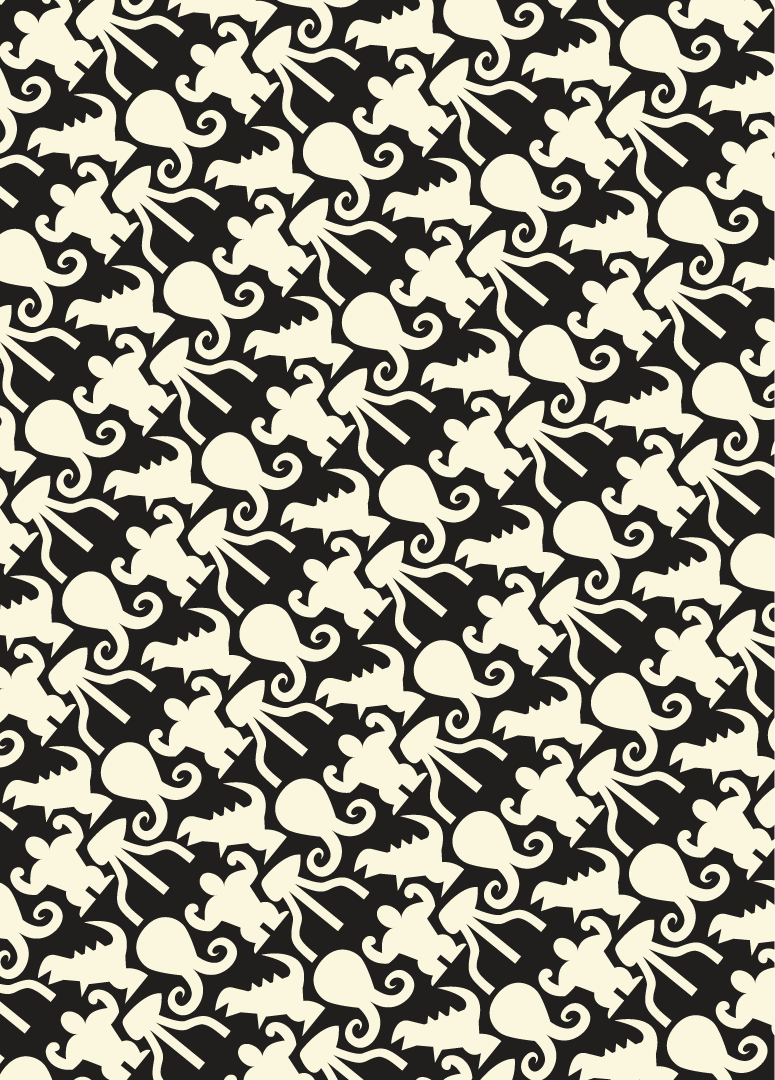